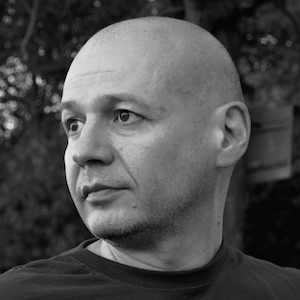 Based in Bologna (Italy), Riccardo Nanni is a musician, composer, arranger and audio engineer. He graduated in Piano at the Conservatory “GB Martini “in Bologna. After completing his classical studies he started working in his recording studio, where he still composes and produces Classical Music, Dance, Pop and Electronics. He wrote and produced the international hit “Mueve la Colita”, which was included in the soundtrack of the Oscar-winning film “The Great Beauty” by Paolo Sorrentino.

He has worked as a recording engineer for major live events, such as Carmen Consoli’s concert at the Amphitheatre of Taormina, Claudio Baglioni’s at the San Carlo theatre in Naples, Placido Domingo’s and Ennio Morricone’s at the Arena di Verona and at two editions of the international festival “Pavarotti and Friends”.

He has also taken up the activity of post-production and composition for Documentary, Film, Short Films and TV Mini-series for Italian and European networks. Among his productions, there are: “The Pioneer of Wireless” by Enza Negroni, awarded in 2011 the Docscient Rome Film Festival; “There is only future in me” by Michele Fasano; “My name is Janez Jansa” by Janez Jansa, winner at the Bellaria Film Festival 2014. In 2012 he founded 7_floor, a Network for professionals in the music industry. In 2013 he created a Simple Lunch, a self-managed net label that aims at the development of Emilia-Romagna artists with recording projects that do not fit into the usually strict categories of mainstream music market.