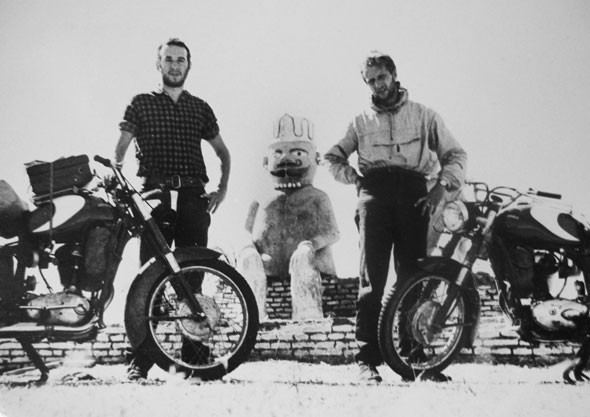 …filming as they go, their footage lies forgotten for decades, until now. This is the UK premiere of their delightful exploits. Tartarini and Monetti were just a pair of regular post-war tutti-frutti Italian teens. Unimpressed that for a few decades ‘the trains ran on time’, they realise that there are plenty of roads that lead away from Rome. Naturally, like any sane people, they intuitively cognate that this planet is best enjoyed by motorbike, and with 350cc wedged between their collective thighs they set off for the unknown. Their experience is nothing short of a spectacular adventure and they prove to all of us in 2016, with our apps and Facebook and alloy panniers, that lifechanging world-travel is all about attitude, not accessories.

We should watch this film and resolve to hit the road, pronto!